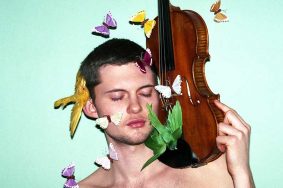 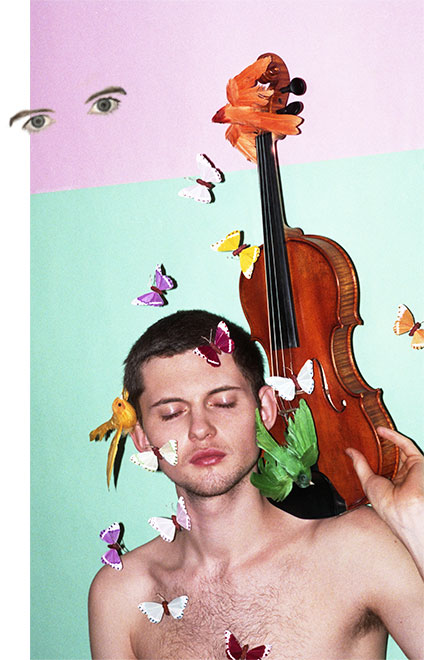 Born and raised in Unken (Salzburg Land), Haitzmann’s childhood and youth were strongly influenced by folk music and customs. After the village life, which included everything one could imagine (Trachtenverein, Schuhplatteln, Maypole festivals, etc.), the rural exodus followed.

Living in Vienna since 2009, Haitzmann studied jazz violin at the Anton Bruckner Private University Linz with Andreas Schreiber, baroque violin with Michi Gaigg and Barbara Konrad, and performance art with Carola Dertnig at the Academy of Fine Arts Vienna. In 2017 moved from Dertinig to Ashley Hans Scheirl, contextual painting.

He is also a founding member of the contemporary folk music ensemble ALMA, the Vienna-based jazz collective Little Rosies’ Kindergarten and the improvisation quartet s q u a m a t a. Apart from his collective work, Haitzmann is also touring with solo programs.

In 2017 Haitzmann made his debut with the Ensemble ALMA and the Lower Austrian Tonkünstler Orchestra in the golden hall of the Vienna Musikverein.